Created in 1977 by the National Institute of Cultural Heritage with the aim of making known the history of slavery in Angola, the National Slavery Museum has its headquarters in the Chapel of Casa Grande, a 17th century temple where slaves were baptized before embarking on slave ships that took them to the American continent. The museum, which gathers and exhibits hundreds of pieces used in the slave trade, is installed in the former property of Captain of Grenadiers D. Álvaro de Carvalho Matoso, Knight of the Order of Christ. He was the son of D. Pedro Matoso de Andrade, chief captain of the prisons of Ambaca, Muxima and Massangano, in Angola, and one of the largest slave traders on the African coast in the first half of the 18th century. Álvaro died in 1798, his relatives and heirs continued to engage in the slave trade in the same place until 1836, when a decree of D. Maria II of Portugal started to prohibit the Portuguese colonies from exporting slaves. 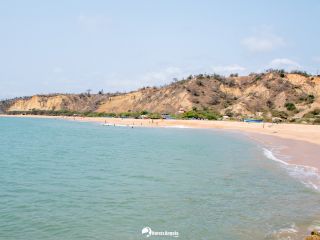