The Iron Palace is a historic building in Luanda, Angola, believed to be by Gustave Eiffel
Structure
The building has an original metallic filigree decoration and has a superb veranda surrounding, without a doubt, the best example of iron architecture in Angola
Source
The building's history is shrouded in mystery, as there are no records of its origin. The wrought iron structure is believed to have been built in the 1880s or 90s in France, as a pavilion for an exhibition, and later dismantled and transported by boat to Madagascar.
There is some speculation as to how it arrived in Angola. According to some sources, the ship that carried it ended up being diverted from its route by the Benguela Current, sinking near the Skeleton Coast in Angolan territory. Other sources indicate that it ended up being landed in Luanda and sold at public auction, having been purchased by the Companhia Comercial de Angola, which, in fact, acquired the Iron Palace in the late 19th / early 20th century. Companhia Comercial de Angola - CCA - was the largest commercial company in Africa at the end of the 19th century, beginning of the 20th century, and belonged to three great capitalists of the time: António de Sousa Lara, João Ferreira Gonçalves (Ferreira Marques & Fonseca) and Bensaude.
Use
During the colonial period the building enjoyed great prestige and was used as an art center. After Angola's independence and the subsequent Angolan Civil War, the palace fell into disrepair and the surrounding space was transformed into a car park.
After the restoration, carried out in 2009 by the construction company Odebrecht, through the financing of the Angolan diamond company Endiama, the building was entirely restored, the building was handed over to the Angolan Ministry of Culture, which is still deciding on the future use of the space: a diamond museum or a restaurant seems to be the most likely options, and the chances of being a cultural center or the seat of the ministry of culture are also considered. 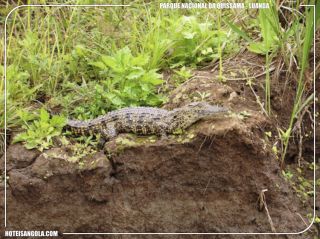 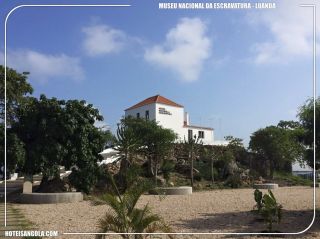