Benguela Railway (or CFB) is a railway line in Angola. It is also the name of the company that operates it, the former Benguela SARL Railway Company. It connects the port of Lobito, on the Atlantic coast, to the border town of Luau, in the eastern part of the country.

The Benguela railway is 1344 km long and gives access to the most inland part of the country. Beyond Luau, it is connected to the rail systems of the Democratic Republic of Congo and Zambia. Through the connection to Zambia, it is possible to reach the city of Beira, in Mozambique, and Dar es Salaam, in Tanzania, next to the Indian Ocean.

It is also indirectly linked to the South African rail system. In this way, the CFB is part of a transcontinental rail network.

In 1899, the Portuguese government started building the railway to give access to the interior and mineral wealth of the Belgian Congo. After the death of Cecil Rhodes in 1902, Robert Williams, a friend of Rhodes, took over the construction and completed the connection to Luau in 1929. The line proved to be a success, proving to be very profitable for the colonial powers, especially as it was the shortest way to transport mining wealth from southern Congo to Europe.

In 1931, the port of Lobitor received the first shipment of copper from Catanga by rail.

After Independence, the Angolan Civil War forced the suspension of the CFB's operation, given that much of its infrastructure was eventually destroyed or damaged, and that traffic was unsafe.

In 1987, in a phase of slowing down the guerrillas, a reconstruction plan was agreed between the Angolan and Zaire authorities, which ended up not being carried out because of a reignition of the guerrillas. With the advent of peace in 1991, Angola requested a study for reconstruction with the help of the World Bank, with a view to resuming rail traffic and enhancing the capacity of the port of Lobito.

During the brief period of peace, the railway transported only 157,000 tons of materials in one year, but managed to return to operation, even if only over medium distances. The traffic was then handled by 8 General Electric locomotives, model U20C, 2 Paxman 8RPHXL, 6 of two Cummins NT855L4 coupled engines, with a total of 22 diesel locomotives and a further 19 locomotives dedicated to less important services.

In November 2001, the CFB's 99-year concession ended, with the railroad now belonging to the Angolan state, as well as all associated mobile infrastructure. In 2005, talks were launched between the governments of Angola and Zambia to resume operations.

China provided about $ 500 million in financial aid to help rebuild the war-damaged line. It is currently operating between Lobito and Huambo. In 2009, the removal of explosive devices on this line was completed, in a joint effort by the Angolan Armed Forces, National Demining Institute, National Reconstruction Office and Border Guard Police.

The CFB had the largest private eucalyptus plantation in the world, with an area of ​​37,000 hectares. To generate steam for its locomotives, it used about 570 000 tonnes of wood per year. In the late 1960s, the CFB employed about 14,000 workers, who, together with their families, represented around 44,000 company-related people. The line had an extension of 1345.928 km. 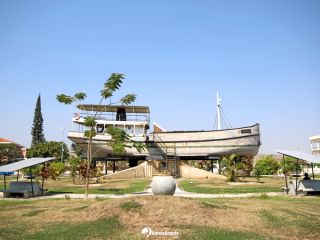