The Huíla Regional Museum is "a permanent, public, scientific, non-profit institution, at the service of society and its development, open to the public that acquires, preserves, investigates, disseminates and exposes the material testimonies of man, for education and delight of society "(ICOM 2001).

The creation of the Huíla Regional Museum is inextricably linked, in its most remote genesis, to the creation of the first Museums in Angola. José Mendes Ribeiro Norton de Matos, Governor General of Angola between 1911 and 1925, is recognized as the main driver of the scientific colonization policy that gave rise to the normative instruments for the initiation of scientific activities in the area of ​​Social and Human Sciences, with great incidence in the creation of museums. (Fernando, 2001, p130)

Following these policies, the Ethnographic Museum of Angola and Congo was created in 1912, a private museum, and in 1936 the also private Museum of the World, owned by the Diamang Diamond Company.

However, museological activity in Angola officially began on September 8, 1938 with the creation and opening of the Angola Museum, installed in the Fortaleza de S. Miguel in Luanda. (Simão, 2015, p.18) From this date, the first Ethnographic and Colonial museums began to appear, all over the country.

The history of this museum is made known to us by documents contained in the Institution's documentary archive and by bibliographic sources consulted in order to understand its path since its foundation.

Initially called the Huíla Museum, it was installed in a housing building belonging to the doctor Arnaldo Correia who, having moved to Luanda, donated his house, in the old city of Sá-da-Bandeira, for scientific and cultural purposes. Machado da Cruz, researcher in the field of Social Sciences and professor at the Lyceum Diogo Cão, today Mandume Ya Ndemufayo University, takes the opportunity to request authorization from the then District Governor, Commander Peixoto Correia, for the creation and opening of a Museum in that city . With the aim of collecting, hosting, studying, and disseminating materials from the Palaeontological, Archaeological and Ethnographic domain, it was then founded in 1957, by Peixoto Correia, the Huíla Museum, and Machado da Cruz was the institution's first conservator. (Simão, 2015, p.22) Machado da Cruz (1958) states that the Museum was created with several sections, two of which are immediately in operation.

The first section, of Portuguese Ethnography, had an exclusively educational function, intended to show and to make known to the children of the colonists, born in Angola, the Portuguese culture.

The second, of African Anthropology in its most diverse domains, was created for purely scientific and research purposes whose aim was to deepen knowledge about the Region, since its primitive settlement, having thus worked until National Independence (1975) after which it passed to be called the Huíla Regional Museum.

According to documentary sources, this designation resulted from two factors, the first because it is the only Museum in the South of Angola and the second because it houses collections not only from the Province of Huíla, but also from the Provinces of Namibe, Cunene and Kando Kubango, fruit of years of collection and scientific research throughout this Region.

At that time the Portuguese ethnographic exhibition is removed, giving space exclusively to the collection that highlights the culture, habits, beliefs, customs and traditions of the Southern peoples.

Until 2014, it functioned as a dependent body of the Provincial Directorate of Culture of Huíla, seeing, in that year, its Organic Statute being approved by the Executive Decree no 5/14 of 8 January, being supervised by the Ministry of Culture.

Building It is a building from the mid-twentieth century adapted for a museum.

Comprising ground floor and basement, where the permanent exhibition is located, it also has a beautiful garden where you can see the imposing statues of Artur de Paiva and João de Almeida and the busts of Luís de Camões, D. José da Câmara Leme and Agapito de Carvalho, figures of our colonial history.

The Huíla Regional Museum is a museum where the culture of the populations of the four provinces of southern Angola, Huíla, Namibe, Cunene and Kuando Kubango, is located, since its foundation, in the city of Lubango, Province of Huíla. Located in the heart of the city, Commercial District, Rua Dr .António Agostinho Neto, the Museum is easily accessible to all its visitors, whether national or foreign. 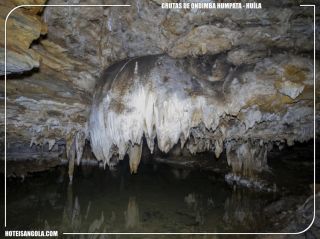 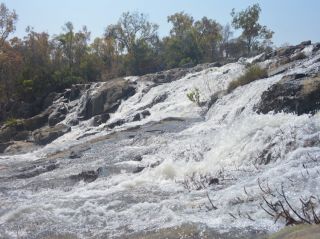