The Zambezi (in English: Zambezi or Zambesi) is a large river in southern Africa, the main component of the Zambezi basin, and is also the largest of the African rivers that flow into the Indian Ocean.
With a total of 2,750 km in length, the Zambezi is born in Zambia, 30 km from the border with Angola. It enters Angolan territory in Cazombo and leaves south of Lumbala-Caquengue, always in the municipality of Alto Zambeze, province of Moxico. Its importance in Angola is mainly due to the extensive hydrographic basin of 150 800 km² only in Angolan territory. All rivers in the southeastern quadrant of Angola are tributaries of the Zambezi. The river then establishes the border between Zambia and Zimbabwe and crosses Mozambique from west to east, to flow into the Indian Ocean in a huge delta. The most spectacular part of its course is the Victoria Falls, the largest in the world, with 1708 m in length and a 99m drop. This natural monument was inscribed by UNESCO in 1989 on the list of World Heritage sites.
The Zambezi also has other important waterfalls, including the Chavuma Falls, near the Angola-Zambia border and the Ngonye Falls, near Sioma, in western Zambia.
The Zambezi floodplains, also in western Zambia, are the land of the Lozi people, whose chief has two “capitals”: ​​Lealui and Limulunga. In the rainy season, the Lozi court moves to Limulunga, which is not flooded and this event is considered one of Zambia's biggest festivities, the Kuomboka.
There are two large dams on the Zambezi River: Kariba, on the border between Zambia and Zimbabwe (and jointly managed) and Cahora Bassa, in Mozambique. These dams are one of the largest sources of electricity for the southern African sub-region and their reservoirs are also the stage for important fisheries.

The Zambezi region was known to medieval geographers as the Monomotapa Empire, and the course of the river, as well as the position of the Ngami and Nyasa lakes, were given quite precisely on the initial maps. These were probably built from Arab information. [Citation needed]
The first European to visit the interior of the Zambezi River was the Portuguese exile, António Fernandes in 1511 and again in 1513, with the aim of informing about the commercial conditions and the activities of the interior of Central Africa. The final report from these explorations revealed the importance of the ports of the upper Zambezi to the local trading system, in particular for the East African gold trade. [Citation needed]
The first exploration of the upper Zambezi was made by David Livingstone on his exploration of Bechuanaland between 1851 and 1853. Two or three years later the Zambezi descended to its mouth and in the course of this journey he discovered the falls of Victoria. Between 1858 and 1860, accompanied by John Kirk, Livingstone went up the river through Kongone's mouth to the falls, and reached Lake Niassa. [Citation needed]
During the next 35 years, very little exploration of the river took place. Portuguese explorer Serpa Pinto examined some of the western tributaries of the river and took measurements of Victoria Falls in 1878. In 1884 the missionary of the Plymouth brothers Frederick Stanley Arnot traveled between the watersheds of the Zambezi and Congo, and identified the source of the Zambezi . He considered that Kalene Hill, a high and cold place, was a particularly suitable place for a mission. Arnot was accompanied by the Portuguese merchant and army officer António da Silva Porto. In 1889 the Chinde canal north of the main mouth of the river was discovered. Two expeditions led by Major A. St Hill Gibbons in 1895 to 1896 and 1898 to 1900 continued the exploration work initiated by Livingstone in the upper basin and central course of the river.
Wild life

On the banks of the Zambezi and tributaries there is an abundance of biodiversity. Seafood from the Zambezi is famous. Hippos are common in the calm parts of the river, and Nile crocodiles and other reptiles are also present, including some species of monitor lizard.
The Zambezi is home to more than 100 species of fish [3], some of which are endemic to the river. Important species include Cichlids, Siluriformes, the zambezi shark, Hydrocynus vittatus (known as tiger fish), and other large species.
Main tributaries 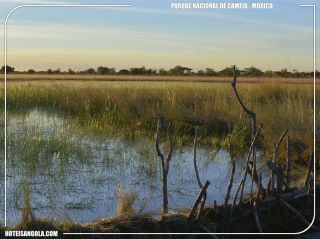 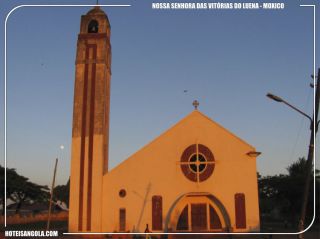