The Currency Museum presents the history of money from Zimbo to Kwanza. Unique in its vocation, this museum displays the numismatic and notafilia collections of the National Bank of Angola, there are some framing objects and audiovisual devices available that better enlighten visitors about our past. This brief script is intended to support the interpretation of the themes that make up the museum's narrative. The museography is based on thematic groups that focus on pre-monetary and other means of payment, stories of singular currencies, the iconography of money, the evolution of banking, illustrations of banknotes, security elements and personal testimonies on the role of money in life of the Angolan citizen.

Talking about Kwanza's trajectory is an authentic time travel, with important and mandatory stops. We start at Nzimbu, a small shell or conch, extracted from the beaches of Ilha de Luanda. Most of them were picked up mainly by women, and the gray ones were considered to be of greater value. We arrived at Libongo, a small piece of fabric of various dimensions and qualities, made from the fibers of the palm tree. Sal was also one of our currencies. This good, which came from the Quiçama mines or salt pans, was molded into pieces of various shapes such as stones and bars. We are at the end of the 16th century, when Ivory started to be used. This new means of payment proves to be the main source of revenue from trade with abroad. After this period, Cobre appears. This currency of exchange has become a reference in commercial transactions, being the most used metal for the manufacture of utensils of daily use such as knives, hoes, arrows, daggers, glasses, shackles, necklaces and threads.
We approached the cowrie, just before our trip ended, presenting itself as a white shell of rare beauty, which has been affirmed for many centuries as the currency in various regions of the world. Finally, the beads, ornamental objects made from seeds, aromatic roots, cylinders, ivory, pieces of bones, teeth, nails and other ornaments. It is for all this, and much more, that the History of our Currency is considered rich. Come and visit our Coin Museum, bastion of our History. 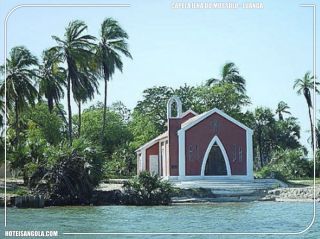 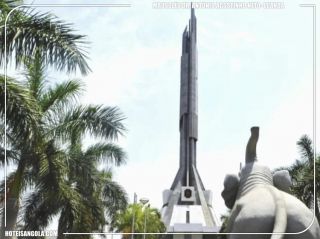