The Dundo Museum is an Angolan national museum located in Dundo. It has an ethnographic collection of the geographical area of Lunda and neighboring peoples, predominantly objects of the “chocue” ethnic group.
The collection consists of sculptures, masks, mats and chairs, made using traditional techniques, styles and raw materials.
Since its foundation in 1936, the museum has received several designations: “Museu Gentílico” (1936), “Museu Ethnológico” (1938), “Museu Ethnográfico” (1940), “Museu Etnológico” again (1942) and “Museu do Dundo ”(1943). Currently it is called the Regional Museum of the World.

It was founded in 1936 by Diamang, being under its control until 1975.
The museum promoted ethnographic campaigns in the Dundo region and in more remote areas such as Camaxilo (1937), Canzar, Alto Zambeze (1939), and finally (1946), Alto Chicapa, Tchiboco, "homeland of Quiocos". These campaigns were aimed at ethnographic recognition and the acquisition of objects among local populations. 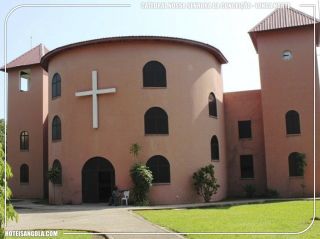