The National Museum of Natural History, located at Largo do Kinaxixe, in Luanda, was created in 1938 as the "Museum of Angola" and installed in the Fortaleza de S. Miguel, current Museum of Military History. It is one of the most important in Angola and the that brings together a collection on Angolan biodiversity.

The National Museum of Natural History, located at Largo do Kanaxixe, in Luanda, was created in 1938 as the "Museum of Angola" and installed in the São Miguel de Luanda Fortress, currently the Military History Museum.
It is one of the most important in Angola and the only one that gathers a collection on Angolan biodiversity.
Transferred in 1956 to the current building, built from scratch, the museum presents a large collection of species representative of the rich and varied Angolan fauna. Its fundamental objective is the investigation, classification, conservation and inventory of the fauna and flora of Angola.
Much of the institution's work was dedicated to the work of permanent and temporary exhibitions and the simultaneous conservation of collections of great socio-historical and scientific value. This focus allowed that, after independence, in 1975, the Museum of Angola was renamed the National Museum of Natural History.
From this point on, the Museum is responsible for collecting, investigating, classifying, conserving and inventorying the historical and cultural heritage and making it available to the public in the field of museum education.
Palanca Negra is the biggest attraction
The “Palanca Negra Gigante”, a unique species in the world, is the specimen that most captures the attention of students and tourists, when visiting the Natural History Museum.
In addition to this antelope of Angolan fauna, which only exists in the Kangandala National Park, in Malanje, the 13,000 visitors / year that pass through the museum can observe mammals, fish, insects, reptiles, birds and birds.
The institution's source says that the idea is to reach 20 thousand visits per year, and for this it is necessary to increase and diversify the “quite old” museum collection
The Museum's perspectives are the computerization of museum data, the formation of the scientific collection, the enrichment of permanent exhibitions, the training of workers and greater dissemination of the scientific activities of all complementary works, the same source points out.
Project will increase collection
In view of the situation, the management and its partners launched the project called “Collection of New Species”, through donations of wild animals in possession of citizens and not only, in worrying or dead health. The preparation of these animals will be carried out by students from the Faculty of Sciences of the Agostinho Neto University.

“The project requires going to the field. We have established partnerships with the authorities, especially with the traditional authorities, in order to warn or send wild animals to the museum under the conditions mentioned, to take advantage of their skeleton ”, adds the source.
This practice allows the protection and conservation of ecosystems, without sacrificing animals in their natural habitat.
The Museum has three floors and houses lounges with specimens of mammals, fish, cetaceans, insects, reptiles and birds. The spaces are decorated and acclimated in an attempt to reproduce the species' natural habitat.
The museum's collection also includes vast and rich collections of mollusks, butterflies and shells, many from the time when they were used as currency on the West African coast.
A Museum at the service of the community
It has two main halls for permanent exhibitions. The mammal hall, located on the 1st floor with 37 dioramas of mammals, birds, reptiles and the insect corridor. The fish hall, located in the basement, with 11 dioramas of fish and other marine animals, 13 dioramas of birds and a collection of mollusks.
In addition to the permanent exhibition halls, the Museum has an auditorium for conferences, with a capacity for 160 people, an atrium also used to set up temporary exhibitions, an International Exhibition Hall (Siexpo) and a library with a reading room.
The National Museum of Natural History has cooperation protocols with the Forestry Development Institute, Institute for Marine Research and the Faculty of Sciences, as well as schools 3007, 3008, Anangola, Ngola Nzinga, Mutu-ya-Kevela and Colina de Sol and Jules Verne. 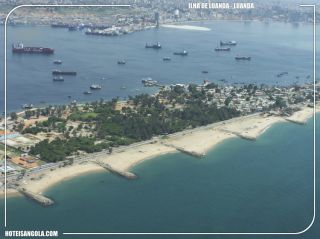 Previous article
A Ilha do Cabo 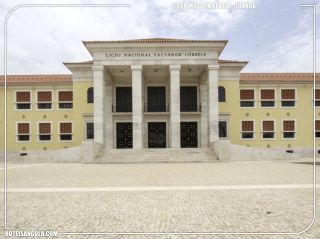 Next article
Liceu Mutu ya Kevela