The Fund da Tundavala is a huge abyss of about 1200 m located in the Serra da Leba, 18 km from Lubango, in the province of Huíla, in Angola. It is on the cliffs of Tundavala that the Central Plateau of Angola ends. Here the plateau exceeds 2200 meters of altitude and drops abruptly to about 1000 meters of altitude, causing a stunning drop with colossal cracks in the mountain. From here you can enjoy a magnificent landscape that stretches for tens of kilometers.

As a geological object, it forms a unique record of remote events in Earth's history. It is the westernmost succession of the Congo Craton, and comprises five formations: Tundavala, Humpata, Bruco, Cangalongue and Leba. Located 18 km from the city of Lubango, the spectacular Tundavala Slot offers visitors a breathtaking view of the Huila Plateau with Namibe on the Horizon. From this immense rocky wall, the great plateau gives place to a huge undulating plain, which extends to the Atlantic coast.

For its unique landscape value, it is an example of a Geological Heritage, capable of ensuring a dual function: promoting education in the field of Earth Sciences, namely geoconservation, and its high content Scenic and Aesthetic value is one of the most valuable attractions of the province, attracting visitors and consequently, contributing to the expansion of nature tourism, in particular for geotourism. Each of the peoples who inhabit the Tundavala region culturally interprets the landscape differently. For some it represents a place related to the female fertility, translated in the expression: "kukambetaili okamono lucito kalumoneka olukavamjawa kokatala kombeki alucapupulwa kocela" ("Do not hit my child, therefore to obtain fertility and I must go in the opening of the sacred mountain of the Chela and later consult the Katala hospital ").

Or with the impossibility of being able to advance beyond the precipice, which is recognized in the expression: "Onculo yo uye konjenjelela" ("The place where the end of the world / abyss" is found). In addition to these interpretations, Tundavala is associated with other representations, attributed by local communities such as tales, chants, proverbs, beliefs and memories, which refer to symbolic and scenic elements that reflect conflicts or that focus on water as a source of resources is due. 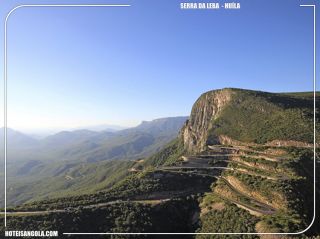 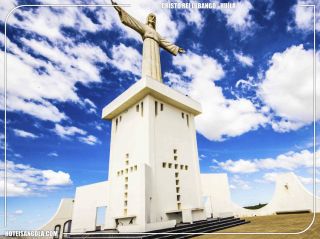 Next article
MONUMENT OF