Welwitschia is a monotypic genus of green gymnospermic plants whose only species is the famous Welwitschia mirabilis Hook.f., which only exists in the Namibe desert in Angola. Welwitschias are gnetophyte plants of the Gnetopsida class, belonging to the order Welwitsciales and family Welwitschiaceae.
It is a low plant, formed by a woody stem that does not grow, a huge upright root and only two leaves, coming from the cotyledons of the seed; the leaves, in the form of a broad ribbon, continue to grow throughout the life of the plant, since they have basal meristems. Over time, the leaves can reach more than two meters in length and become tattered at the ends. It is difficult to assess the age that these plants reach, but it is thought that they can live more than 1000 years.

Welwitschia mirabilis is a dioecious plant, that is, male and female cones are born in different plants. Traditionally, this species has been classified as a gymnosperm (along with pines and similar plants), but today it is classified as a gnetophyte, a division of green plants that produce seeds (spermatophytes).
It is an orphaned plant in terms of relatives. The closest are the pines. It has characteristics that seem to be antagonistic, which should not be combined in the same plant.
Despite the climate in which it lives, Welwitschia is able to absorb dew water through the leaves. This species also has a physiological characteristic in common with crassulaceae (plants with fleshy or succulent leaves, such as cacti): acid metabolism - during the day, the leaves keep the stomata closed, to prevent sweating, but at night they they open up, let in the carbon dioxide necessary for photosynthesis and store it, in the form of malic and isocitric acids in the vacuoles of their cells; during the day, these acids release CO2 and convert it into glucose through reactions known as the Calvin cycle. 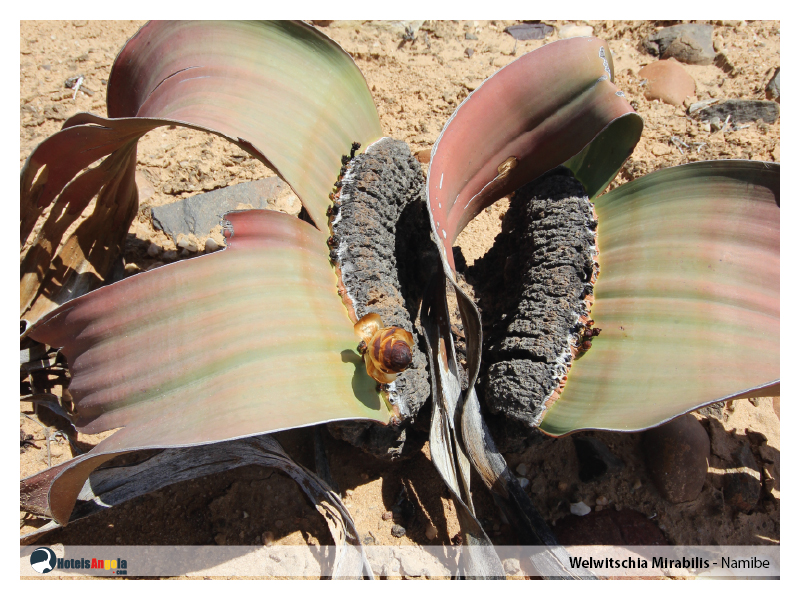 Due to its unique characteristics, including its slow growth, Welwitschia is considered an endangered species. However, it is believed that the plants that live in Angola are more protected than those in Namibia, due to landmines that protect their habitat [citation needed].
The plant can be grown from seeds, which have to be kept moist and exposed to intense heat and light for the first few weeks. Seeds harvested in the field are usually contaminated with spores of the fungus Aspergilus niger and normally rot after germination, but seeds from the Kirstenbosch Botanical Garden in Cape Town (South Africa) or from other cultivation sources are normally free of that fungus.
Name origin
It was the Austrian Frederich Welwitsch, who was in Angola at the service of the Portuguese government between 1853 and 1861, the first naturalist to take care of that huge plant, which emerges uncharacteristically from the desert soil with a broad-leaved hair, and which in fact are just two that fray over time. Botanist Joseph Hooker, who named the species after its discoverer, said it was the most extraordinary and ugliest plant he knew. Charles Darwin called it “the vegetable platypus”. 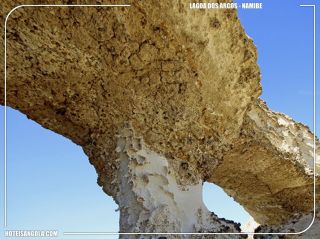 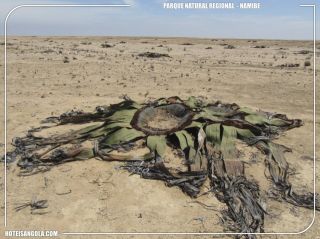