Located in the south of Angola, about 200 km from the city of Namibe, between the Atlantic Ocean and the Cunene and Curoca rivers, the Park covers an area of 15,150 km². The headquarters of the future administration of the Park is in Espinheiras, and is currently undergoing rehabilitation.
Iona National Park has a rich biodiversity, with a fauna where, at present, herds of fan goats (Antidorcas marsupiales), orix (Oryx gazella), bonnets (Numida meleagris), zebras (Equus zebra), ostriches (Struthio) camelus), among others. The orix is the symbol of the Park.
It also presents a diversified flora, highlighting Welwitschia mirabilis, a plant endemic to the Namibe desert and which symbolizes the Southern Region of Angola and Northern Namibia.

The National Park of Iona extends from the sand dunes next to the Atlantic Ocean, up to the Tchamalinde mountains, to the east of it. The center of the Park consists of open plains. The average annual rainfall ranges from 100mm to 500mm, increasing as we move away from the sea. There are thirty-one natural sources within the Park.

Iona National Park was established as a Game Reserve in 1937 and transformed into a national park in 1964. In 2001 it began to receive visitors, on trips organized from Namibia.
Before Angola's independence and the Angolan Civil War, Iona was an "animal paradise, rich in big game". However, poaching and destruction of infrastructure has caused considerable damage to the park.

There are three types of vegetation: grasslands, dunes with shrubs and savannah plain with small shrubs. Welwitschia abounds, a plant that can reach more than a thousand years of life. The park is also known for its unique flora and incredible rock formations.
The emblematic antelope of the Park is the giant black sable (Hippotragus niger), practically extinct, but there are other mammals such as the elephant, lion, black rhinoceros gazelle, jaguar, hyena, gelengue, wild boar, cheetah, crocodiles, impalas, and several species of zebras. 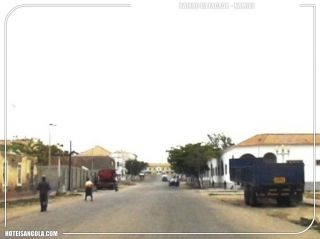 Next article
Surf in Angola