At the entrance to a dirt road, towards Fazenda 16, he soon showed us that it would be a small adventure, because over the kilometers the regular dirt road gave rise to a bite of very fine dust and small ditches.

We traveled 45 km, from our departure from Waku Kungo and stopped at the closest village to the Hippos. As it could be, we went to ask the local Soba for permission to visit these imposing animals.
Accompanied by an older one recommended by Soba, we continue our journey towards the indicated place.
There was a lot of anxiety and uncertainty, as nothing guaranteed us to be able to see hippos, but when we arrived at the site we were presented with a magnificent view of a large group of hippos taking their sunbathing..

Designation: Hippos of Umbi
Distance from the Hotel: + - 48 km
Car Type: With traction
Ideal Time of Visit: Outside the rainy season
Observations: They must be accompanied by a Local Guide and request authorization from Soba da Zona

Before traveling, get to know these animals:

Hippos spend most of their days in the water or in the mud with the other members of their group. Water serves to keep your body temperature low and not to let your skin dry out. Most hippos are always fighting other hippos and their reproduction occurs in water.
Hippos come out of the water at dusk and travel inland, sometimes up to 8 km, to graze on the short grass, their main source of food. These large animals can consume 68 kg of grass each night. Like almost any herbivore, they will consume many other plants, but their natural diet consists almost entirely of grass, with only minimal consumption of aquatic plants. Hippos have (rarely) been filmed eating carrion, usually near water. There are other reports of eating meat, and even cannibalism and predation. The anatomy of a hippopotamus' stomach is not suitable for carnivory and eating meat is probably caused by aberrant behavior or nutritional stress.
The hippo diet consists mainly of terrestrial grasses, even though they spend most of their time in the water. Because of their size and habit of taking the same paths to feed, hippos can have a significant impact on the land, keeping the land clear of vegetation and pressing on the ground. For extended periods, hippos can deviate from swamps and canals.
Adult hippos usually come out of the water to breathe every 3-5 minutes. Adult hippos move at speeds of up to 8 km per hour while in the water. Young people have to breathe every two or three minutes. The breathing process is automatic, and even if he sleeps he will rise and breathe without waking up. A hippo closes its nostrils when it submerges.
As with fish and turtles on a coral reef, sometimes the hippopotamus visits "cleaning stations", and there when it opens its mouth it is a sign that fish can clean up parasites in its mouth. For many fish, these parasites are a food.

These animals generally live close to rivers, where they spend much of their time immersed, as they have sensitive skin to sunlight. Hippos are herbivores and feed at night on vegetation on the banks of the rivers they inhabit, but there are signs of cannibalism in adult males with young.
Hippos are lazy on land, but can still reach speeds of 50 km / h. In the water they are fast and show several adaptations in their existence, mostly aquatic, including ears and nostrils that can close and a skin secretion that works as a sunscreen, antiseptic and antibacterial. The skin of hippos is very sensitive to sunburn and, to protect itself, it secretes a red substance that in the distance can be mistaken for blood.
An adult male hippopotamus (which is almost always larger than the female) can measure 4 meters and reach 3500 kg, being one of the largest terrestrial mammals, behind only elephants and rhinos.
They have an extremely strong bite of around 810 kg, more than double the bite of a lion.
The only natural predator of hippos is the lions that hunt them in packs.
Hippos are large animals with herbivorous teeth, but they have large, self-sharpening canines that are used to defend themselves.
They cause more human deaths in Africa than lions, buffaloes, elephants and rhinos combined, they are very aggressive and territorial, they warn before attacking, usually he is staring and then opens his big mouth to show his teeth, but many people confuse with a yawn.
They live in gregarious groups of about twenty animals, made up of females and young and led by a male.
They can live on average 30 years, but in captivity, individuals of the pygmy hippo species live between 42-55 years, more than in the jungle. It is covered with a rough gray skin - which in some points is more than 5 cm thick - and is supported on very short legs. A few thin hairs spread over the body.
The hippo is a great swimmer. Since fat is lighter than water, and is accumulated under thick skin, it helps you to float. In addition, fat stabilizes the animal's internal temperature when it is in the water.
Hippos were sacred to the ancient Egyptians. The goddess of fertility, Tuéris, was represented as a bipedal hippo.
Hippos are social animals, living in groups of 10 to 30 animals, although groups of more than a hundred have already been observed. The groups have several females and males but only one alpha male. The mediation of encounters between males in the same group is done through the practice of "gaping", without translation into Portuguese, which consists of facing two males in the water and opening their mouths at an angle of up to 140 degrees, from so as to offer the opponent an estimate of size, thus submitting the smaller individuals and avoiding physical confrontations that could harm both.
Another curious behavior is called "flinging", whereby hippos spread their faeces along the river's sand line, as well as along their trails towards pasture fields, in order to facilitate their movement without use of the eyes, covering trails to return to the water with the help of the nose even in the absence of light. 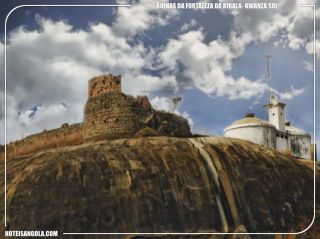 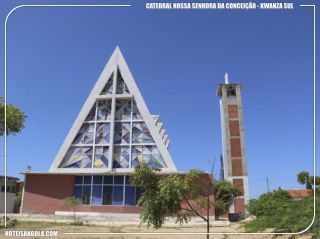