The Statue of Christ the King is a religious monument erected at 2,100 meters of altitude at one end of the Chela Mountain and dedicated to Jesus Christ, built on a foundation of cement and hydraulic lime, the monument rests on a foundation of stones, cement and brick, with two levels of support to a ladder, the latter being the most practical to see the statue.

Monument of religious architecture, dating from 1957, erected under an altitude of 2,130m, in the Chela mountain range, in front of the city of Lubango, with 28 meters high, it allows the visitor a privileged view over the city, functioning as a 360o viewpoint of the city. also known as the city of Cristo-Rei. The work was designed and directed by Eng. Carlos Frazão Sardinha, based on a stone base, it has two levels connected by a small staircase, standing 14 meters high. Representative symbol of the communities of Huíla, fruit of faith and religion, in particular the affirmation of Christianity in the plateau region of Chela and at the same time seen as a protection landmark, being its symbolic character that makes it a monument. There is a need to carry out a project for the interpretation and correction of the landscape: symbolism, viewpoint and heritage.It was designed by Eng. Carlos Frazão Sardinha, inspired by the monument to Cristo Rei de Almada in Portugal, as symbolism of faith and devotion to Christianity. Its construction was completed in 1956 and is the maximum exponent of a range of buildings of religious nature erected by the colonizers in this region of Angola. A C h r is t th e Red eemer th at emb r ac es an d contemplates, the monumental Lubango Valley ... From its viewpoint, visitors can embrace the entire capital of Huíla province and contemplate probably the most beautiful sunset in Angola. Nowadays the monument, besides being a point of great tourist attraction of the Lubango, is also one of the privileged points of religious pilgrimages. It has the emblem of National Historical Heritage that was awarded to him in 2014. 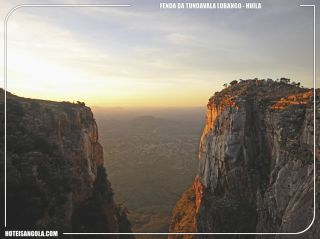 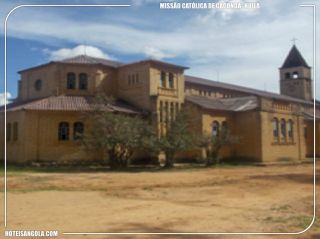