Fim do Bimbe is one of the five escarpment formations comprising the geological park that limits the Huilano Plateau, it is another magical place in the province of Huíla.

Located in the Municipality of Humpata, it is 32 km from the capital city, with an access from the village from Humpata, only possible to all-terrain vehicles. Bimbe rests on a grand scenery without horizons, a balcony on the edge of the Plateau, with a privileged view to the escarpment that rises abruptly for almost 1000m and at this point it reaches an altitude of almost 2300m above the level of the sea. An intense place, where in the rainy season, they can alternate 4 seasons on the same day! The magical rays of the sunset in the late afternoon, reflect on a strange pile of rocks, while in the distant horizon, the silence coming from the valley, lets you glimpse, far away, the land of the Mucubais. 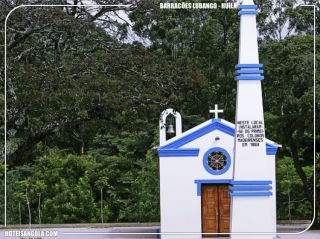 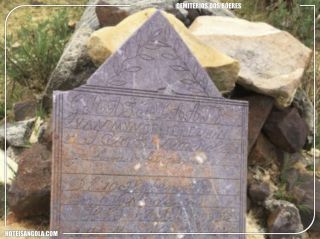