Minister considers it important to implement the Okavango-Zambeze project
Menongue - The minister of Hotels and Tourism, Pedro Mutindi, said, in the city of Menongue, that the sector plans embodied in the Okavango-Zambeze project, where Kuando Kubango, on the part of Angola is the biggest beneficiary.
According to the minister, "it has often been said that the Kuando Kubango territory is an aquarium and forest lung that is located between the Cuando and Cuvango rivers, with exceptional conditions to develop, at the optimum point, the tourism sector".
“For this reason, the government of Kuando Kubango is to be congratulated and, in view of the implementation of the master plans for integrated tourism for the development of the sector, the ministry will develop actions in what is within the Government's infrastructural competence in the KAZA project and in development hub Okavango-Zambeze at the local level, ”Pedro Mutindi told the press on Wednesday.
According to the minister, the Ministry of Hotels and Tourism will join the efforts of the provincial government, to transform thought into practical actions, capable of showing the Nation and the World that tourism in Kuando Kubango is a fact.
He stressed that it is a reality and that the people and the Government intend this action, in order not only to collect more revenues, but also to promote the image of Kuando Kubango himself in Africa and in the World. 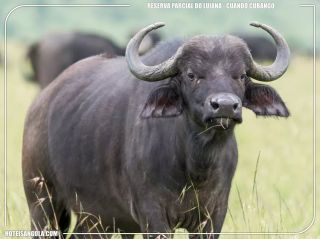 Next article
Reserva Parcial do Luiana