5:30 am, I leave the city of Benguela towards Lobito. The trip by car has an approximate distance of 25 km and the road is in perfect condition..

When passing through the Cavaco River some moisture is noted in the air, the temperature is pleasant and should be around 24 degrees..

A peaceful trip especially to the city of Catumbela, where in the twilight of 6 am you can see some frenzy. Taxis make their circuits between the cities of Lobito and Benguela, motorcycles transport the vegetables to the square and the fisherman casts his net into the Catumbela River.. 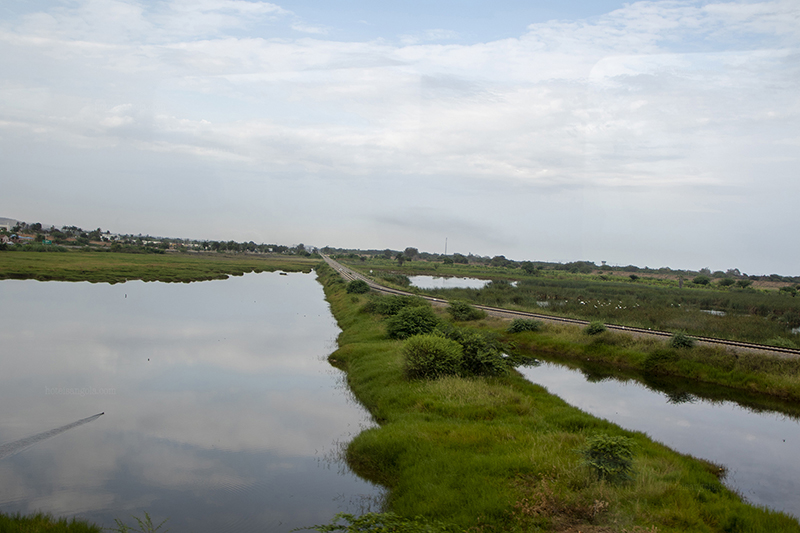 The deep water port was built in the restinga area, which came to be called the Commercial Port of Lobito, this in the early 1900
I arrived at Lobito station, where a CFB (Benguela Railway) employee awaits me

A tour operator is also waiting for me to accompany me to Huambo.

As we walk to our seat on the train, I can delight in the sight of a composition of an old train (1927 carriages), which are currently part of the historical compositions that make the tour between the cities of Lobito and Benguela.

Our seat is in a 1st Class coach and with the indication that I can move freely throughout the train.

It is after 7 am, we are waiting for the train to start (departure time at 7:30 am), but people are still arriving.

The timetable indicates that passengers must arrive by 6:30 am in order to accommodate all people and goods.

We can see why the CFB has a 1 hour tolerance for people to enter. 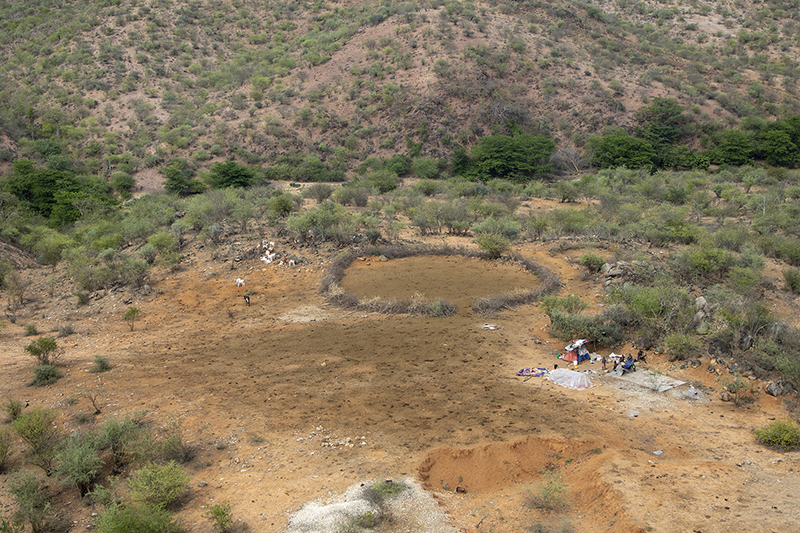 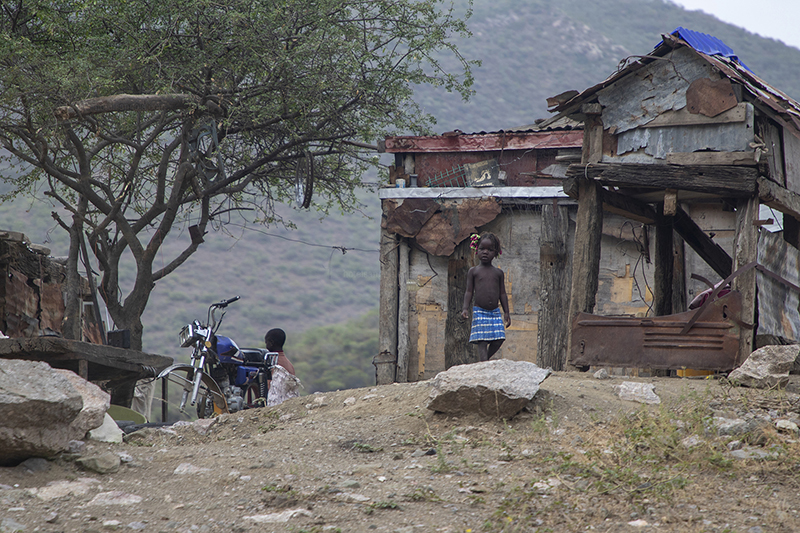 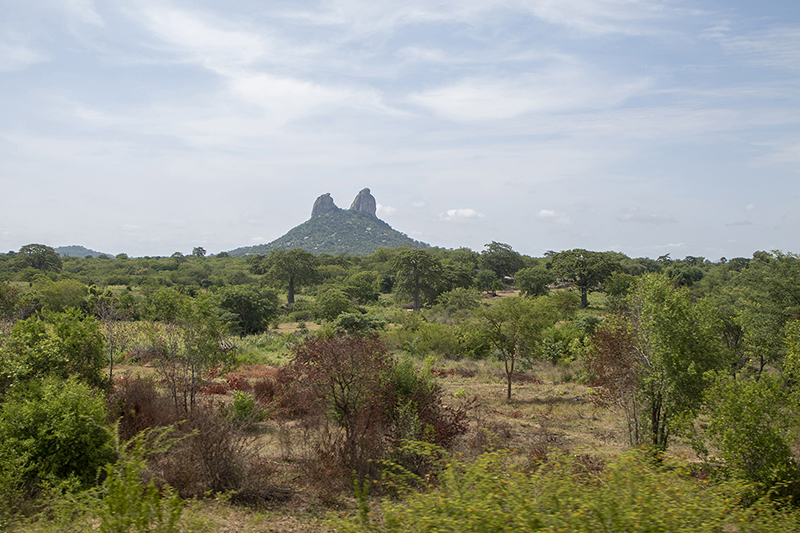 To leave Lobito is to see the old station, to see various compositions deposited there (why not make a museum?), To pass through the mangroves of Lobito, to enter Catumbela and pass by its river and be able to watch the waters running towards the sea.

I appreciate the trip to the point that the photographs are left to be taken (it is also not easy because the carriage has no windows to open).1 hour trip, the landscape starts to be totally different, it stops being a dry landscape and becomes a totally green landscape, we are going up the plateau and one of the things that you notice, and that, gets me thinking is the construction of this path. 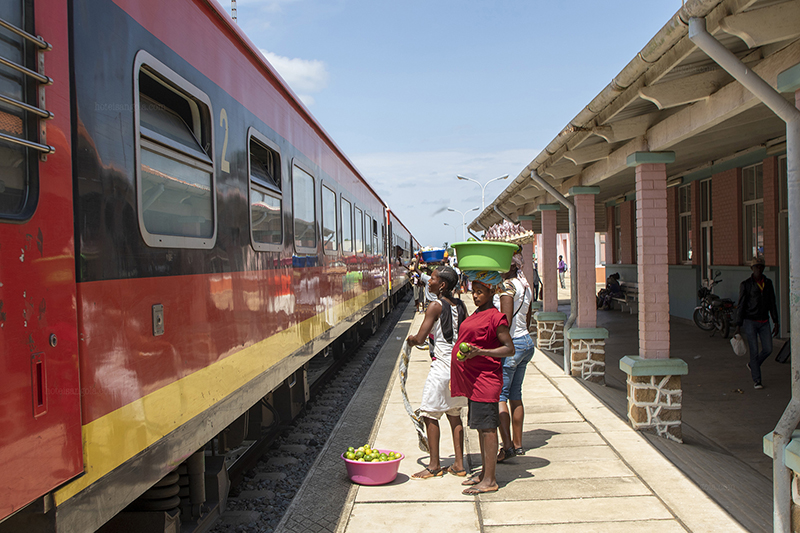 In the years of construction it must not have been easy to break and remove the amount of stone that was taken from there. The bridges that were built are another of the works that makes me think about how hard this work must have been.

At this moment the journey is peaceful, the train always goes at a constant speed, slowing down at some stations, but not stopping at any.

To say that the trip is pleasant, the first class is always acclimatized, the bathrooms, as incredible as it may seem, are always cleaned with toilet paper and with conditions which makes the trip interesting.

In terms of food, there is a basic bar service where you can easily buy water, Coca Cola, etc. 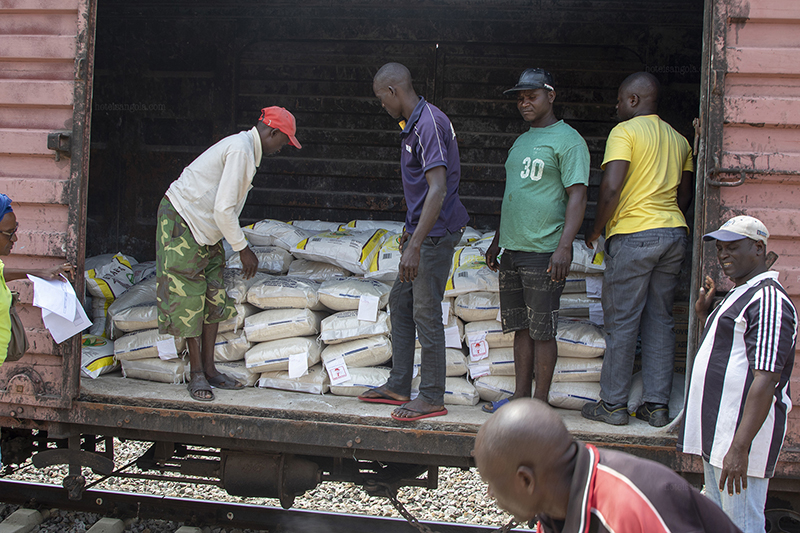 National drinks are well represented, and we also have the possibility to order sandwiches, some snacks and quick meals.

One of the things that surprised me is that the train was full, mainly in the 2nd and 3rd classes, also carrying some goods, namely flour and fertilizers that were gradually being left at the stops by people waiting for them.

Between Lobito and Cubal the entire descent and ascent leads me to see immense valleys where rivers circulate between the mountains and the green of the vegetation is contagious. The landscape changes from arid to green, the trees and flowers become colorful, it is also noted that in some places with palm trees, baobab trees, flatter land and also with water, they are the set of conditions for the creation of small villages made up of people who live mainly on agriculture and coal production.

COAL BAGS are a problem at the national level because the forests are cut, but coal production turns out to be one of the few sources of income and subsistence for local families. It is up to us to show that they can "make" money from other types of activities. 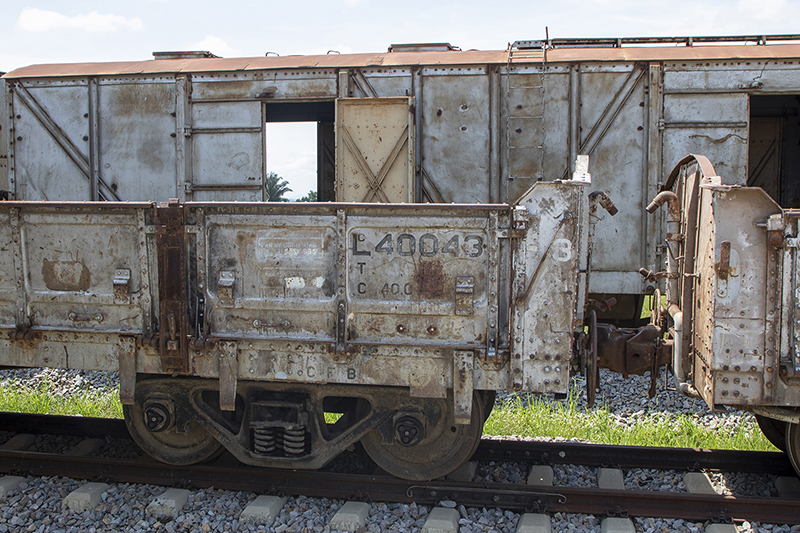 Cubal and its station are surprising because they have a landscape filled with scraps from the railways, which makes it a tourist attraction.

Old locomotives, wagons, carriages, are some of the historical attractions of the CFB that we can find, but it is not only this because the station and its warehouses, the houses with colonial architecture that are along the line, the landscape and the colors make who wants to come back just to be able to appreciate them in detail.

It takes some time here, as it is time to download some orders that are destined.

Fantastic, without asking they made feel comfortable .

Time to leave for Ganda

Between Cubal and Ganda, it was just an enjoyable scenery.

I was anxious for the train to arrive in Ganda, as I was authorized to make the remaining trip on the locomotive. 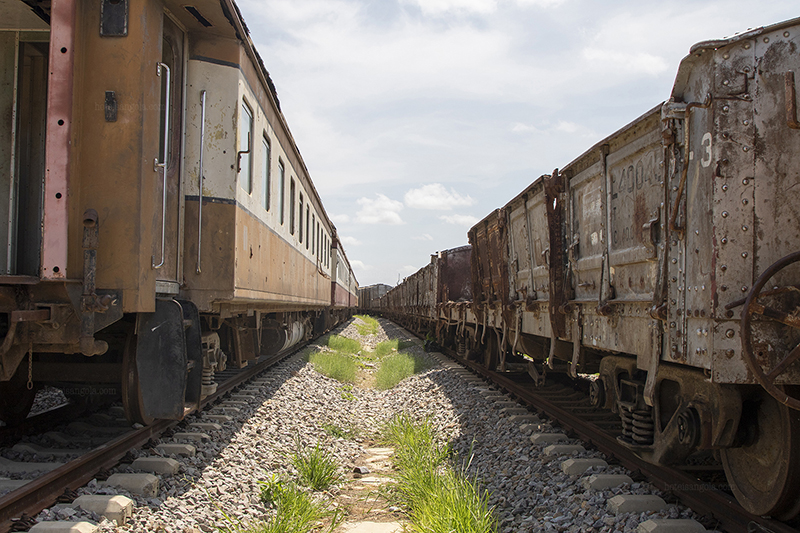 CLIMBING LEPI IN LOCOMOTOVA WAS A WISH

Being known has its advantages and I was able to make the trip on the locomotive. 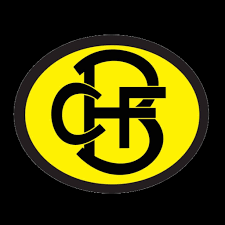